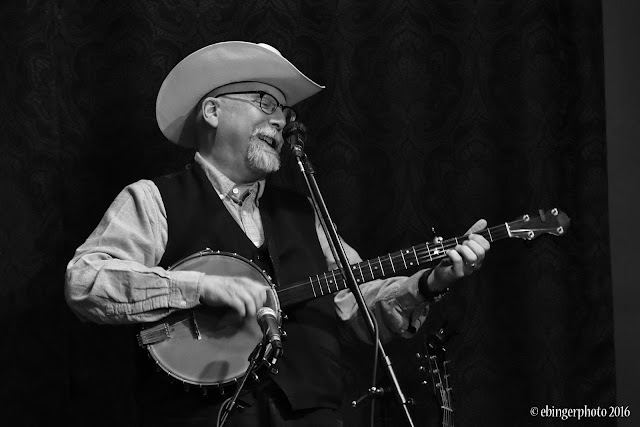 Known around the world for his exquisite clawhammer banjo playing, Joe Newberry is also a powerful guitarist, singer and songwriter.

Joe has been a long-time guest on Garrison Keillor's A Prairie Home Companion. He has also taught at many music camps and festivals including Ashokan, Midwest Banjo Camp, American Banjo Camp, the Puget Sound Guitar Workshop, Targhee Music Camp, the Swannanoa Gathering, Centrum Voice Works, the Festival of American Fiddle Tunes, Pinewoods Camp, Vocal Week, Bluegrass Week, and Old-Time Week at the Augusta Heritage Center in Elkins, WV, the Australia National Folk Festival, the Blue Ridge Old-Time Music Week, and the Bluff Country Gathering. For many years Joe was the coordinator of Old-Time Week at the Augusta Heritage Center.

The Gibson Brothers’ version of his song “Singing As We Rise,” featuring guest vocalist Ricky Skaggs, won the 2012 IBMA “Gospel Recorded Performance” Award. With Eric Gibson, he shared the 2013 IBMA “Song of the Year” Award for “They Called It Music.” 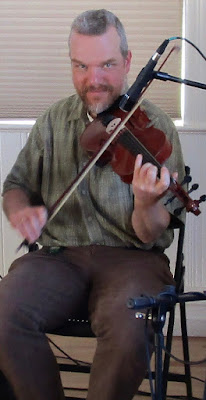 This month Scott Marckx will mostly play tunes of his mentor Carthy Sisco who passed away this past year. Scott was one of Carthy's "Sisco Kids" from whence Scott learned a good chunk of his repertoir.  The first tune, the one that will be taught, is "Freda" composed by Kenny Baker but as played by Carthy Sisco is a different animal. Scott loves playing in the key of C so there will be a couple of C tunes then tunes in G and A.
Here is a video of Scott as a teenager playing with Carthy as a "Sisco Kid":
https://www.youtube.com/watch?v=7qG_t3fwcDc
Doors open at 6:45
Cookies or snacks appreciated. Suggested donation $1 or $2 helps pay for hall use.
Organized by Marla Streator


Dave Thielk calling  with music by Rattlesnail!  Plan on a rockin' good dance!

Rattlesnail (Kate Lichtenstein and Morgan John) are coming across the Salish Sea along with Port Townsend's Jere Canote to play for the February 9 (8 PM) Quimper Grange Square Dance and Social.  Kate and Morgan play individually with a number of Seattle based bands, including The Barn Owls, $4 Shoe and Atlas String Band. Dave Thielk lives right here in Port Townsend, but has called dances all the way from Juneau, Alaska to Westby, Wisconsin, and some places in between. Dave calls a wonderful mixture of active squares, reels, circle sets and mixers.

All dances are taught. All experience levels are welcome and encouraged. This is a family friendly event (no alcohol). Quimper Grange is located at 1219 Corona in Port Townsend. Admission is $5 if you arrive on bike or foot or bring a non disposable water bottle; $7 for car drivers; 16 and under is free. Bring yourself, a special friend, the family, or the whole tribe. Come at 7 and jam with the band. For more information, call Dave Thielk at 360-602-1270.
organized by Dave Thielk

Over the past 18 years the traditional Quebec group  has become a fixture on the international world, trad, folk and Celtic music circuit. The band’s six albums met with critical acclaim in Canada, the United States and Europe, assuring the band a brilliant future.

Known for its energy and its stage presence, Genticorum has given more than 1,000 concerts in more than 15 countries including locally at Centrum’s Fiddle Tunes Festival.

Firmly rooted in the soil of their native land, this energetic traditional ‘power trio’ also incorporates the dynamism of today’s North American and European folk cultures in their music. They weave precise and intricate fiddle, flute and accordion work, gorgeous vocal harmonies, energetic foot percussion and guitar accompaniment into a big and jubilant musical feast. Their distinctive sound, sense of humor and stage presence makes them a supreme crowd pleaser. Suggested Donation $15-25 Doors open at 6:30

Veteran caller Marlin Prowell from Bellingham will call the dance. 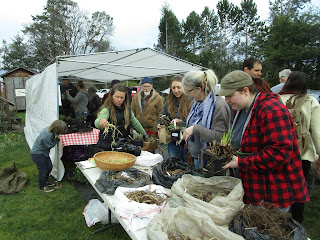 Heads Up!  Now is the time to start preparing for the 8th Annual Plant and Seed Exchange which will be held on March 24th this year. If you are starting to plant seeds plant a little extra, or keep an eye out for volunteer plants that you might like to pop into containers to share. What plants you can divide? How about bulbs or tubers? Although gardening books will be available to find out more about the many plants, trees and seeds labels help a lot.

Details about the plant and seed exchange will be in the March Quimper Grange News.
Organized by Ashley Kehl and Jennimae Hilliard