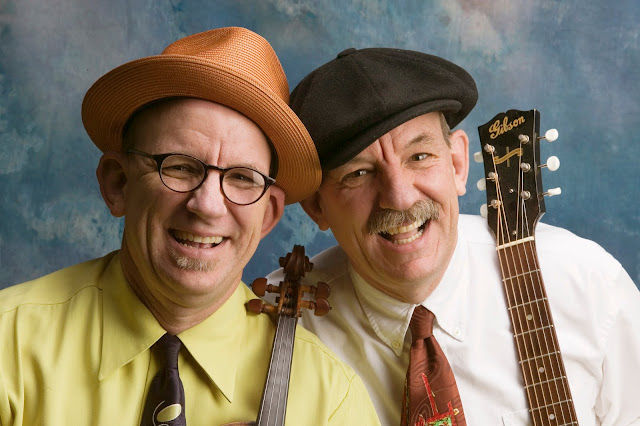 Old Time Workshop 1:00-3:00 (Fiddle, Guitar and Uke)
The Canote twins know their stuff inside out and are known for their affable and friendly approach. They have been on staff at many music festivals across the country; performed as regulars on Sandy Bradley’s Potluck and been guests on Prairie Home Companion; they have taught at Centrum’s Fiddle Tunes Festival and the Puget Sound Guitar Workshop; and have been teaching a stringband class in Seattle for close to 40 years. More about them can be found at http://canote.com/

Learn some new tunes AND technique

The first Wednesday jam is led. The leader chooses and starts all of the

tunes. This month we will be playing in the keys of G and D in standard tuning on fiddles. As is our custom the first tune will be broken down for easy learning, this month Greg and Jere have chosen that tune to be Paddy on the Turnpike from Sara Armstrong.
Doors open at 6:45  Cookies or other snacks are appreciated.
As of this month we are changing our suggested donation from $1-2 to  $2-3 to pay for use of the hall.
organized by Marla Streator

Larry Hanks is considered a "National Treasure", having performed to folk music audiences for over 50 years.  Larry and Deborah are acoustic performers of traditional American songs, singing and playing guitar and 6-string banjo.

Larry Hanks, is known as a "folksingers' folksinger", who has been delighting audiences for over 50 years with his deep bass voice, sparse acoustic guitar accompaniments, and acclaimed Jew's Harp playing.  Hanks is probably best known for his classic "folk" song, "Apple Picker's Reel".

Larry can be heard on recordings of David Grisman, Jody Stecher & Kate Brislin, Mike Seeger, The New Lost City Ramblers, and many others; and has performed with Utah Phillips, Gordon Bok, Fred Holstein, Martyn Wyndham-Read, Elizabeth Cotten, Malvina Reynolds, Geoff Muldaur, and on and on...>


The infamous Tony Mates of Seattle will be calling squares at Quimper Grange on Saturday, April 13 at 8PM. Tony Mates has called dances for decades, and in places far and near. A Seattle favorite and founding member of the Seattle Subversive Square Dance Society, Tony has called many dances at our Quimper Grange hall over the past 10 years, as well as Fiddle Tunes, Dare to be Square Events, and many others.

Knocking out tunes will be Atlas Stringband, also from Seattle. Atlas has been playing together since the 2006 Festival of American Fiddle Tunes in Port Townsend, WA where they jammed together for hours and days on end, wallowing in the energy and spirit of the music. Their rollicking dance tunes and hard driving rhythms come from the 1920s, 30s and 40s, the golden era of Old-Time music. The current lineup includes David Parker (fiddle), Morgan John (banjo), Robert Hinrix (bass), and Tom 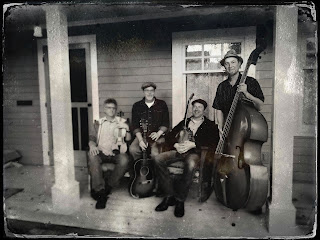 Collicott (guitar). If we are in luck, we may get to hear some of their vocals in between dance tunes.


All dances are taught. All experience levels are welcome and encouraged. This is a family friendly event (no alcohol). Quimper Grange is located at 1219 Corona in Port Townsend. Admission is $5 if you arrive on bike or foot or bring a non disposable water bottle; $7 for car drivers; 16 and under is free. Bring yourself, a special friend, the family, or the whole tribe. Come at 7 and jam with the band. For more information, call Dave Thielk at 360-602-1270.

April 14th (Sunday) 6pm Local Spotlight Social
Concert and Dessert Competition!
This Second Sunday series will feature a local musician in a quiet setting, and a home-made dessert competition at the long break! 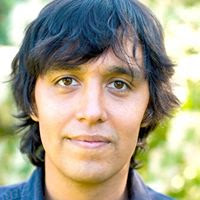 with his expert ¬finger style guitar playing, stunning vocals, captivating melodies and a poetic lyricism that is at once beautiful and bold. His lyrics speak candidly, of personal challenges and an astutely observed world. His perception of the beauty of life leads listeners into a magical and joyful space, even amidst sorrows.
For the Dessert Competition:
Bring a home-made dessert with an ingredient list (allergies)
Winner will get a free pass and get to help judge at the following Local Spotlight Social event.
Doors will open at 5:30 PM. Suggested donation $10, or $5 with a home-made dessert.
April 18th (Thurs) 7:00 True Life Trio- from Bulgaria to the Bayou 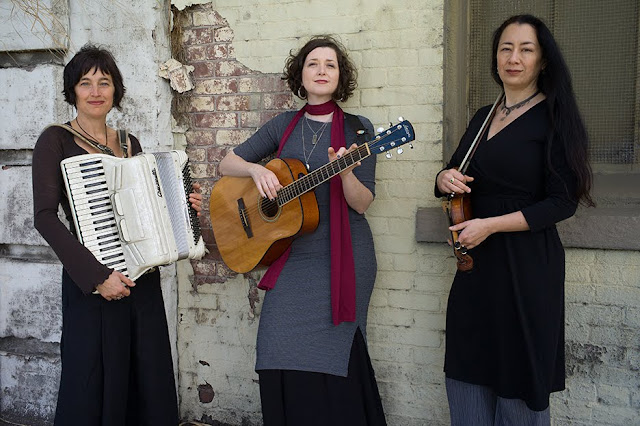 The True Life Trio takes audiences on a borderless journey through the villages of Ukraine, the mountains of Bulgaria and Louisiana’s Cajun country, demonstrating the beauty, power and diversity of vocally driven folk music from Eastern Europe and North America. TLT honors these traditions while adding their own unique spin via innovative arrangements and folk-inspired compositions. The trio’s fiery and supple vocals bridge musical worlds and deliver them right to the listeners’ ears.
Doors will open at 6:30 PM.  Suggested donation $15 - $20. 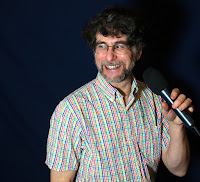 Caller Woody Lane - A caller for more than 30 years, from Roseburg is also an accomplished clogger, he often accompanies the band as a foot percussionist. 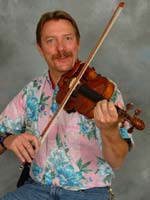 Chris Knepper - mandolin and guitar -- Chris is one of the organizers of the San Francisco contra dance.

Sue Songer - keyboards. Sue wrote and published "The Portland Collection" (all three volumes) which is now the universal reference for contra dance tunes. She also organizes the Portland Megaband -- an orchestra of 75 Portland musicians that play one huge dance every March and then at Folklife every other year. And she is this year's recipient of the "Lifetime Contribution Award" by CDSS (The Country Dance and Song Society). 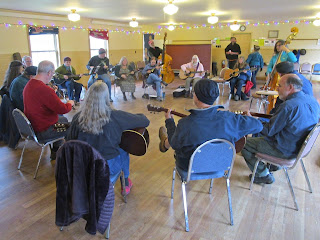 Doors open at 12:30. Suggested donation $5
Bring a snack to share at the long break!
Listeners are welcome.
Organized by Sheila Long