The full Quimper Grange March Newsletter is available at: 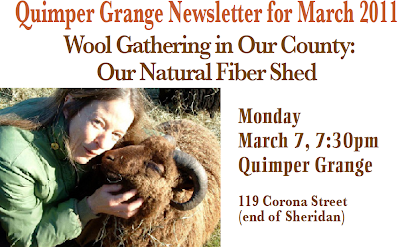 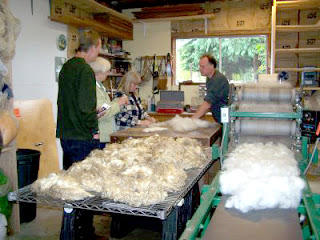 Quimper Grange presents a program by sheep owners, Jennie Watkins and Barry and Linda Taylor. They will explain the importance of our Jefferson County fiber shed and discuss the agricultural potential for vastly increased wool and meat production as analogous to vegetable production in our food shed. Participants will gain appreciation of wool fiber as an agricultural product, and an understanding of the steps from raw fiber to finished garment and will learn how Jefferson County farmers are working to advance this process. There will be eight local fiber producers, processors and artists available during the talk with examples of and information about their products and services. These items will be available for viewing starting at 7pm preceding the talk.

Jennie Watkins owns Ananda Hill Farms in Port Ludlow where she has raised Shetland Sheep for the past 10 years. Barry and Linda Taylor are owners of Taylored Fibers, a fiber processing business in Quilcene. Both Linda and Jennie are long time hand spinners and knitters. Barry Taylor grew up in and worked in the textile industry in England and later worked in Australia and the U.S. textile industries before coming to Quilcene. “We all love sheep!”

The program starts at 7:30 pm and is preceded by a potluck dessert/fingerfood social half-hour from 7pm to 7:30pm. Suggested donation: $5-$10. For further information contact: Charlotte Goldman at 385-3455.

The Roller Coaster of Grange Popularity

The years 1873-74 saw a meteoric rise in Granges organized in this country. In Feb of ‘74 alone 2,239 Granges came into existence. In January of the following year there were 21,697 Granges in the US, up from 7,325 in October of ‘73. This upsurge in numbers didn’t last long however, and by July of ’76 there were only 15,127 Granges, a big drop. Part of the reason for this decline can be attributed to suspicion that was aroused when the National Grange treasury increased rapidly from barely keeping up with costs of operations to about $50,000. This increase in revenue was a result of the rapid formation of new Granges, each having to pay $15 for dispensation as well as membership dues. Opponents of the Grange made a point of fanning the flames of this distrust suggesting the National Grange was making lavish expenditures and trying to drive a wedge between poor members and the governing body. The resulting discontent is expressed in this note from Wisconsin State Grange: “We see no good reason why surplus funds which accumulate with the National Grange should not be made use of by the states for the purpose of assisting in business purposes.”
In hopes of regaining the confidence of the rank and file the National Grange lent $2.50 to every subordinate Grange in good standing many of which launched disastrous business ventures that reflected poorly on the organization. It soon became evident that this money would not be repaid so accordingly the loans were changed to donations. This left the National Grange with no financial cushion and did not achieve the desired result of spurring the increase in subordinate (local) Granges. It wasn’t until the economy tanked again that the number of Granges started expanding. This has been a trend: more interest and involvement during hard times and decline when the economy is booming. 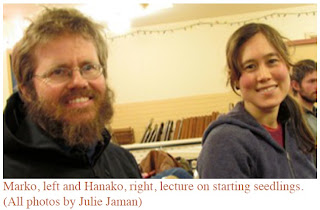 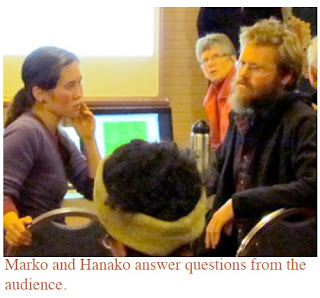 Over 50 people attended Midori Farm owners, Marko Colby and Hanako Myers’s February presentation on Growing Healthy Organic Starts. Their well organized talk covered covered everything anyone would ever need to know about growing healthy seedlings including buying or creating your own well-draining, moisture-holding potting soil, the intricacies of compost, the effects of weather and watering as well as selecting high quality seed. For those of you who missed this informative talk, Marko and Hanako have a book in the works. Stay tuned.

Young and old alike were enchanted February 20th by the masterful storytelling of Fred Park. It was a rare appearance from Park who hales from the Blue Ridge Mountains of North Carolina. While the 55 guests who showed up for the afternoon indulged themselves in ice cream sundaes, Park wove three delightful tales with humor, suspense and delightful description. Everyone wants to do this again. 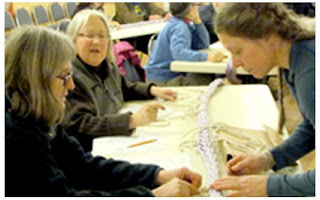 Port Townsend’s boating community is not usually associated with gardening but Margie McDonald and Alison Wood whose skills were honed at Brion Toss Yacht Riggers demonstrated how knots commonly used by sailors could be used in the garden too. The “Absolutely Knot!” workshop was a member sponsored event. 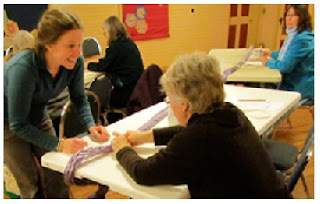 The Quimper Grange Azure Buying Club continues to be an excellent alternative source for not only bulk food buying but also personal care products as well as frozen food and produce (!!) The next deadline for ordering will be 3 PM, Friday, March 25 for delivery on Wednesday, March 30. Information is available at this link:

Posted by Quimper Grange at 9:46 AM