For a PDF version of this month's news, click here! 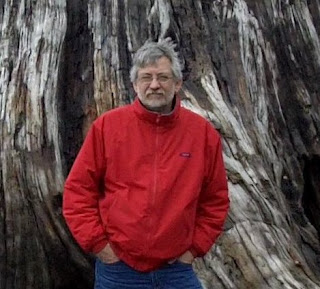 On Monday April 4th, Quimper Grange hosts a program by Internet expert, Al Bergstein who will talk about choosing and using Social Media. Bergstein will explain how Facebook, Twitter and blogging work, as well as how to select each based on their strengths and weaknesses.  According to Bergstein, “the change of having social networks has been profound, and many people are still leery of using tools like Facebook and blogs. However, there are a lot of useful ways to manage your use of Facebook and blogs, to better interact with friends, business partners, and other associates.”  The format for the evening will encourage questions and discussion.
Al Bergstein, with 25 years in the computer industry, has been working on the Internet professionally long before web browsing even existed. He was operations manager for Expedia, helping with its launch, was deeply involved in a number of nonprofit site expansions, such as People for Puget Sound. He currently runs the Olympic Peninsula Environmental News (www.olyopen.net), produces video and does occasional consulting
The program starts at 7:30 pm and is preceded by a potluck dessert/fingerfood social half-hour from 7pm to 7:30pm. Suggested donation: $5-$10.  For further information contact: Charlotte Goldman at 385-3455.
Wool Gatherers Gather for a Talk and Show their Wares…

Jennie Watkins of Ananda Hills Farm and Barry and Linda Taylor of Taylored Fibers gave a talk in March on our local fiber shed.  They were joined by Jacob’s Fleece, Rosebud Fiber Studio, Compass Rose Farms and Shultz Blankets among others who demonstrated spinning, showed their raw and finished fibers as well as finished products such as blankets, shawls, hats, purses and other clothing items.  Some of the interesting facts that emerged:  A fiber shed would encompass 150 miles from the front door; there are four experienced shearers in our county; our climate is excellent for its ability to grow and feed sheep; wool can be efficient and practical for use as house insulation; smaller wool manufacturers use more environmentally friendly dyes (chromium dyes used by large manufactures were creating contamination); there are now available 4 pound electric spinning units; the last woolen manufacturing plant in the US just closed down; and the last astonishing fact--in 1965 the US produced 95% of its clothing; now it produces 5%.
April 2011 - Grange History
Social Networking Among Farmers the Old Way
There were no phones, no radios, there weren’t even Xerox or mimeograph machines to make multiple copies of letters or to print flyers when Oliver Hudson Kelley set about to create what came to be known as the Order of the Patrons of Husbandry (which we commonly refer to as the Grange). Instead he relied upon communicating by means of handwritten letters, hundreds upon hundreds of them and by disseminating information in person.  In the 1860s this meant travel by train or by horse and buggy since the internal combustion engine had not yet been invented.  Kelley used any means that was available at the time to carry his message to farmers, to pull them together to organize. One of these ways was by publishing articles in agricultural newspapers and magazines as well as publishing leaflets to distribute among farmers. He was good at creating propaganda by writing an article in one newspaper, clipping it and putting it in another newspaper to create the sense that everyone was talking about the Grange. He also organized picnics, musical events and lectures where the Grange was promoted as a way for rural America to band together to have a voice. In the early days of getting the Order of the Patrons of Husbandry off the ground Kelley was an adept illusionist creating the appearance that a National Grange actually existed when in fact the founding fathers hardly knew what Kelley was up to much of the time. That was then.
A note regarding last month's history: Your Quimper Grange Historian did research on the value of $2.50 in 1914.  $2.50 was worth about $55 in today's dollars.
Marla Streator
Letter from the President.. 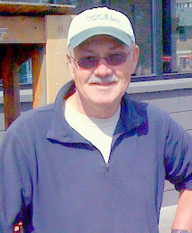 Greetings members and friends,
With so many activities going on this winter, combined with a very wet season, we created quite a muddy rut in the Grange parking area.   The Steering Committee took quick action and scraped off the mud, graveled the road and replaced the non operating culvert.
With spring on the way, the grass is growing and we need to turn our attention to the outside of our home.    How can we make the grounds warm and inviting and a community show case?   It’s actually a two part question which involves a plan and members and friends to make it become reality.
Put your stamp on the Grange.  Come early to the meeting on Monday, April 4th.  Come at 7:00p to share your ideas while nibbling goodies.  Then follow up by joining the Steering Committee meeting the following Monday on the 11th at the same time.     We need your ideas and/or your labor.  This may be the year we spruce up outside of our wonderful little Grange.  George Yount
Posted by Quimper Grange at 8:38 PM