May has been a remarkable month at Quimper Grange.  The farmed shrimp program,  spurred action to get the word out: "Don't buy imported shrimp!"; the last Grange sponsored square dance, wrapped up an energized square dance season; and the Olympic Peninsula's first ever biochar stove building workshop was a brilliant success. More about these events will be in our next Quimper Grange News post. 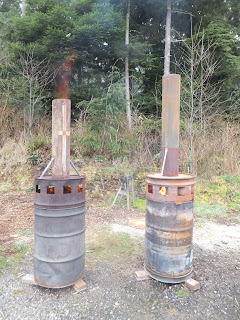 Want to make biochar?
Want to build a biochar stove?

-Biochar is the product of pyrolosis in a simple gasifier stove
-Biochar can be used as a soil amendment: retains moisture and nutrients, and promotes healthy soil fauna
-Biochar sequesters carbon in the soil for thousands of years

At the workshop we will:
--Build five 55 gallon biochar stoves
--Operate a variety of different gasifier stoves
--Cook lunch on the stoves
-Learn how to apply biochar in your garden

This is a Fundraiser for Quimper Grange that is donating the
use of the space at 1219 Corona St, Port Townsend
If you want one of the 5 stoves, the cost is $90 (all inclusive).

Register early to secure a stove. Contact Francesco at
360-385-5068 or francescot@gmail.com
Suggested Donation for workshop participants: $20

NO ONE TURNED AWAY

In one week "Labor Leaders" got weeds out of beds and walkways and turned a weed patch into a garden that's ready to plant. Hurray!


Our Grange Garden is testament to the quality of work done pairing "Labor Leaders"youth with mentors for the purpose of learning job skills.


May 6th "Farmed and Dangerous, a Deadly Shrimp Cocktail" 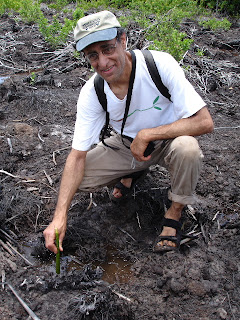 Shrimp aquaculture and its impacts will be the topic of Alfredo Quarto’s talk at Quimper Grange, May 6th at 7:30. Quarto is Co-founder and executive director of the Mangrove Action Project and has spent 35 years working on environmental and social justice issues for Greenpeace, the Freedom Fund, and Ancient Forest Chautauqua.
Here in the Northwest many are familiar with the debate over salmon net pens, yet often unaware of devastation caused by the shrimp aquaculture industry on tropical and sub tropical ecosystems or how it is displacing fishing communities.  And few know that we take health risks ourselves when eat these shrimp that are often contaminated with pesticides, antibiotics and other harmful substances.
Shrimp is now the most popular seafood in the US. In just the past 10 years our consumption of shrimp has doubled. Industrial scale shrimp farms along the coasts of Asian, African and Latin American countries produce most of the shrimp Americans eat. Alfredo Quarto and the organization he co-founded, the Mangrove Action Project (MAP) have been engaged in reversing the degradation of mangrove forest ecosystems worldwide and promote the rights of local coastal peoples, including fishers and farmers, in the sustainable management of coastal ecosystems. Although he works with international organizations and communities, he also works at the "grassroots" level at home, where he land his family live on a small organic farm in Port Angeles, Washington.
Quimper Grange is located at 1219 Corona St. in Port Townsend. Doors open at 7pm. Program starts at 7:30. Suggested donation $5-10
Judy D'Amore and Marla Streator

May 18, Last  Square Dance of the Season


The last Quimper Grange sponsored square dance of the season falls on May 18th (the ususal 3rd Saturday).  Our caller will be Joanne Pontrello from Whidbey Island. Joanne calls squares and related sets all over western Washington and will bring great energy to our final dance.  The tunes will be served by the Puyallup Valley String Band, featuring Scott Marckx on fiddle, Jeanie Murphy on banjo, and Jim Ketterman on guitar.

Dancing starts at 7:30.  No experienced necessary.  All ages and abilities welcome.  Come alone, with a partner, or in a herd.


Our April program was well attended with many new faces in the audience, some of whom traveled from out of town to hear activist Anne Moseness talk about impending legislation regarding genetically engineered salmon and speaking about why genetically engineered food should be labeled. Anne, long-time fisherperson and advocate for wild stock spent 22 years in Bristol Bay, largest source of wild salmon, perhaps world wide. Bristol Bay is presently threatened by open-pit mining development that would endanger this resource. Another major threat to wild salmon stocks is genetic engineering where the DNA of ocean pout is inserted into the Atlantic salmon producing a nutritionally inferior, faster growing fish that is susceptible to illness. These fish would be products "owned" by the corporations that developed them, and if approved will be regulated by the FDA as a "new animal drug". As such consumers cannot be made aware of what is in the fish and dangerous allergies may cause harm when unknowingly ingested. Another problem with GMO fish is that their “containment systems” cannot be guaranteed. Here in the Pacific Northwest the economically important wild salmon market might collapse due to flooding of the market by these cheap and inferior fish.
Anne encourages us to both to ask our lawmakers to vote against allowing the genetic engineering of salmon and to support initiative I 522 which would require the labeling of genetically engineered foods.

Plant and Seed Exchange a Success, Despite the Rain....

People came in waves to the Grange sponsored plant and seed exchange organized by Ahley Kehl and Jennimae Hillyard. There was great variety:  ground cover plants, fruit trees, tubers, lettuce starts..., a lot to choose from and all free. The exchange took place both outside under a canopy and inside where things that needed to stay dry like seeds and reference books would be protected.

Posted by Quimper Grange at 3:24 PM