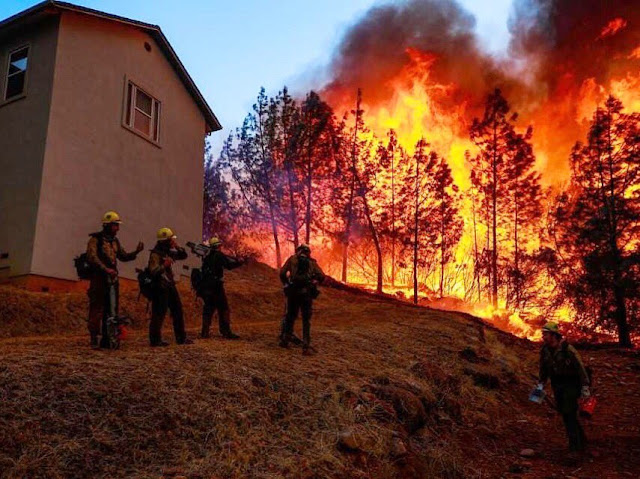 Summary: Each year, wildland fires consume homes in the wildland-urban interface which are defined as areas where homes are built near or among lands prone to wildland fire. Studies show that as many as 80 percent of homes lost to wildland fire may have been saved if brush around the homes were cleared and defensible space created around structures. There is no better time than now to improve your resilience to wildfire by preparing and educating your family, friends and neighbors.

Sub-Topics:
- Firewise mindset
- Wildfire risk reduction
- Developing a defensible space around your home
- Recognize and identify hazard vegetation
- Ready-Set-Go
- Actions to take in the event of a wildfire
publicity by Sheila Long 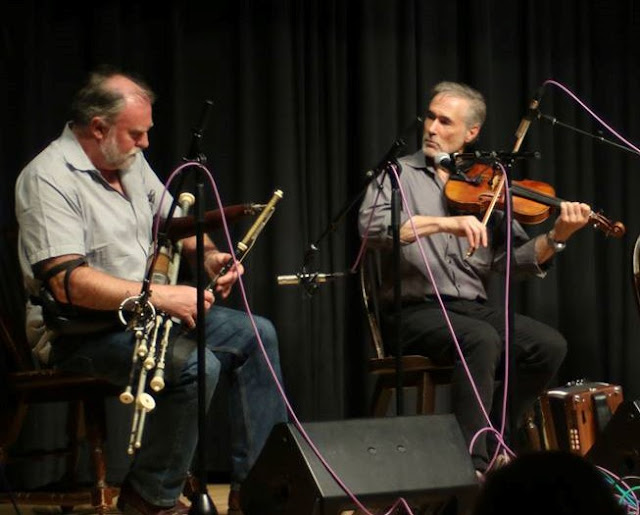 Anyone who has not heard a master play the Irish pipes is in for a treat! Tom Creegan grew up in Dublin learning in one of the best environments possible, the Pipers' Club headquarters on Thomas Street. He played extensively in Europe and Canada before moving to Seattle where he started the band "The Suffering Gaels." He has long been widely regarded as one of the foremost pipers in North America. Concert appearances have included numerous dates with such luminaries as Kevin Burke, James Kelly, and Johnny Cunningham. He teaches tin whistle and pipes and has served on the teaching faculty of the Lark in the Morning summer school in California, The Friday Harbor Irish Music Camp, and CeltFest on Vancouver Island. Tom is in big demand for recording, and has appeared on many, including a CD of music from Hawaii!

Dale Russ started playing the fiddle in 1973 when first moving to Washington State from his native Connecticut. Although self-taught - and 100% Slovak - in 1990 he was invited to perform at the first Boston College Irish Music Festival "My Love is in America" featuring 16 of the finest Irish fiddle players living in the States.  His playing is known for its balance of power and elegance.  He was a founding member in 1977 of the Seattle Irish band "No Comhaile", and has worked for years as a duo with Mike Saunders on guitar.  In 1990 he joined the then-premiere Seattle Irish band "The Suffering Gaels", and as a sidelight, teamed up with Jack Gilder and Junji Shirota to record two CDs as "Jody's Heaven". It was with this band that Dale first visited Japan in 1996. He likes to revisit Japan at least once a year to compose himself and sample delectable dishes. Dale also collaborated with Finn Mac Ginty(RIP) and current Portland, Maine resident Hanz Araki in making two CDs as the trio "Setanta", and one recording with piper Todd Denman titled "Reeds and Rosin". He is featured in the 1997 issue of Fiddler Magazine and has taught at many North American music camps, including the Festival of American Fiddle Tunes.

Posted by Quimper Grange at 3:07 PM